Our technicians are trained experts in PDR and use the latest innovative technologies to repair dents without affecting a vehicle’s factory paint job.

Paintless Dent Repair (PDR) process allows a technician to fix a wider scope of dents and dings at a cost much lower than most dent repairs done through standard body shop procedures.

It is estimated that 80 to 90 percent of all small dents can be repaired using PDR. However, every dent is unique, and they cannot all be restored to factory new appearance. While a perfect repair is usually possible for a skilled technician, in some cases only 80 to 95 percent of a dent may be removable for reasons explained below. This level of repair is often acceptable and the remaining imperfections are usually unnoticeable to people without trained eyes. A key factor in determining a dent’s eligibility for PDR is its location. Many body panels, and doors in particular, have reinforcing structures or window and lock mechanisms behind them that limit access to certain areas. Also, dents near the edges of panels where metal is usually rolled over and double thick cannot be resolved with PDR. Experienced technicians become familiar with the internal body structures of popular models and often know in advance when dents are in obstructed areas that make PDR impossible. Other factors that may eliminate PDR as a repair option include dents that are too large, and metal that has been creased or stretched beyond its “memory” point. Dents that extend across sharp edges in the body design may be repairable, but require a very skilled technician. Paint damage is another limiting factor. Modern automotive paints are relatively flexible and can remain intact even with some fairly big dents. However, once the paint is cracked or otherwise damaged, PDR can be used to straighten the metal, but the finished result will never be perfect. Touch-up paint may help conceal the damage, but traditional body repair processes will be necessary to restore a factory finish.

The initial step in any PDR job is assessment. The technician will clean and carefully examine the dent to determine whether it is a suitable candidate for PDR based on the criteria described above. Usually, the technician will set up special lighting equipment that projects one or more straight-edge lines across the body panel to help highlight imperfections. Smaller dings and metal undulations can be especially difficult to spot without sufficient contrast between them and the surrounding metal. Dedicated lighting is also used when removing dents with PDR because it is important to restore the metal flush with, but not above, the surrounding surface. High spots can be tapped down with suitable tools and a small hammer, but it is important to minimize flexing the paint back and forth because this increases the chance of it cracking. Common lighting tools include fluorescent fixtures and “reflector boards” with multiple parallel lines that redirect external light or are backlit (often with LEDs) and may be powered by the vehicle battery.3 The next step – and sometimes the most challenging part of the PDR process – is gaining access to the backside of the dent. This can involve removing components such as taillights or interior paneling. Sometimes, tools can be inserted between side windows and the outer door skin. In certain cases, the only means of access is to drill a hole in a door jamb or other commonly hidden area. Professional PDR technicians consider this approach a last resort. If it is done, any bare metal must be coated with rust inhibiting primer when the work is complete, and the opening should be sealed with a tight-fitting plastic plug to keep out water. Occasionally, a dent will be in a location with no viable access point and alternative removal techniques (discussed later in this paper) or traditional body repair processes will be required. Next is selection of the appropriate tool(s) for repairing the dent. Highly skilled PDR technicians have dozens of tools of varying lengths and tip styles. These rods enable them to reach a wide variety of dent locations, and work the metal in different ways to achieve the desired result. Finally comes the actual removal process. As mentioned previously, every dent is unique and requires the application of just the right amount of pressure in exactly the right locations. In general, a PDR technician works from the outside of a dent inward in small increments. Patience is critical, and light to moderate pressure produces better results than using greater pressure in an attempt to speed the repair process. A simple dent might be removed in as little as 15 minutes, but larger more complicated dents can take more than an hour to fully repair. With a badly hail damaged car, it may take a day or more to remove all of the dents. PDR is as much art as science. It requires a high degree of skill and extensive practice – factors that can make the difference between a dent that is still noticeable and a body panel that appears new-car straight. One industry source says a minimum of three months fulltime practice is required before a PDR technician can competently remove a simple door ding or hail dent. Beyond that, a year or more of experience may be required before a technician is ready to deal with more complex damage.

Paintles Dent Removal saves your car’s original factory paint finish. Most door dings, creases and hail damage do not actually have any paint damage to begin with. A body shop will typically just fill the dent in with putty, sand it down smooth, and repaint the panel and sometimes will have to partially paint the adjacent panels to make the paint appear to match. Anytime you paint your car you depreciate it’s value.

Our repairs take minutes, not days. A typical dime to quarter size dent will take 2-3 hours. Instead of being without your car while it’s at a body shop for 3-4 days.

We will not be satisfied with anything less than 100% customer satisfaction. Our work is guaranteed to restore the value of your car as if the damage had never occurred.

We provide mobile service. All you have to do is call us. We will ask you a few questions regarding your dents and schedule a time for us to come to you. It’s that simple.

The best way to avoid having to make an appointment with a PDR provider is to steer clear of dents and dings in the first place. Here are some simple strategies that can help reduce the likelihood of a vehicle being damaged:

• Park away from other vehicles in crowded lots. Or, select an end spot and park to the side farthest away from any neighboring vehicle.

• Consider the door length of adjacent vehicles; two-door cars usually have longer, heavier doors that need to be opened wider when entering the car.

• Check the height of adjacent vehicles; tall SUV doors are more likely to contact your car above protective side moldings.

• If a parking lot is significantly crowned for water drainage, park near a peak to avoid free-rolling shopping carts.

• Look for child seats in adjacent cars that may require a parent to open the door wider while loading children.

• Open the doors, hood and trunk lid or rear hatch of your vehicle slowly and carefully to avoid contact with any nearby obstacles.

• Teach children to play in appropriate areas and exercise caution around vehicles.

• Park in covered structures to prevent hail and other damage from severe weather. Outfitting a vehicle with protective products such as door edge trim and body side moldings can help prevent dents and dings.

Clear vinyl “bras” are also becoming popular as a means to protect the front bumper, leading edge of the hood and side mirrors from dings and paint chips caused by stones and other debris thrown up by surrounding vehicles. At home, bumpers are available to install on garage walls where a car door might make accidental contact. Similar bumpers are also sold that magnetically attach to the side of the car body for use in public. These usually fold for storage and have security cables that extend inside the car through a door opening to prevent theft. Rear shields are also available to help protect plastic bumper covers from paint damage caused by unskilled parallel parking. These devices are secured by straps that extend into the car through the trunk or rear hatch opening 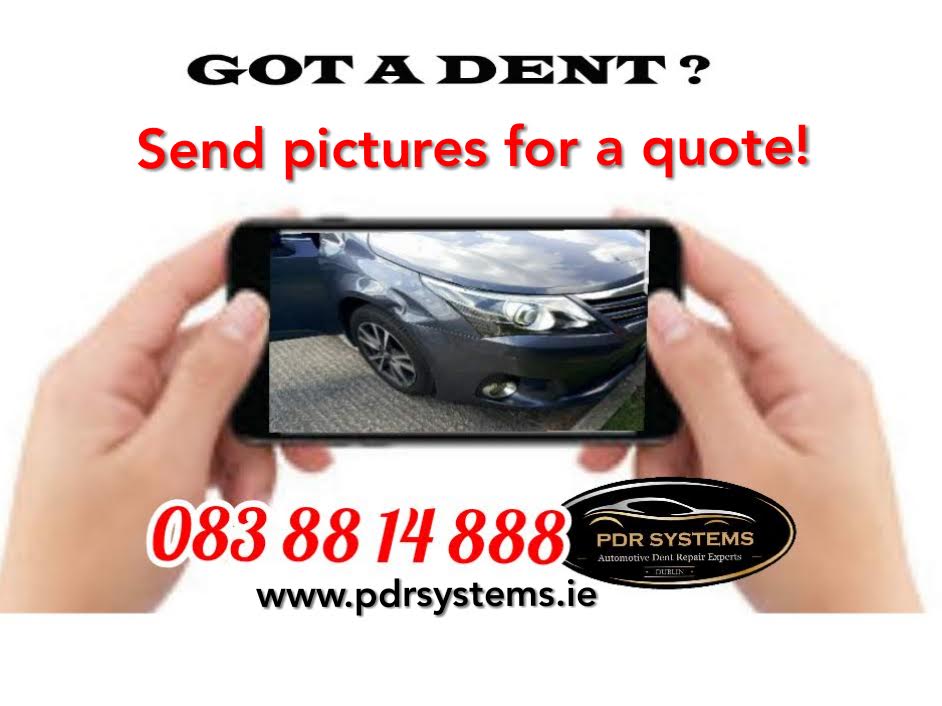